KARFI (Greek : Kαρφί) is a photography-based project produced in Rabat. In Greek, KARFI literally means nail, but the word is also layered with metaphorical and playful connotations that draw attention to elements of our surroundings that otherwise would have escaped us. When personified, it refers to someone who tells on others or who slips and accidently reveals him/herself. KARFI can also be a pointed statement that’s intentionally spoken to probe matters at hand. And, last but not least, KARFI has to do with the degree of the intensity of a gaze. We could be the ones performing it or the ones subjected to it.

I am equally sensitive to being viewer and viewed, and in leading an art practice that is literally a celebration of that very activity (viewing), I could be considered a modernist spectator. You see, I do not wish to take part, complete, interact, enact, react, etc., with the work ; I want to be left alone because I am NOT done looking yet. It’s not a matter of aesthetics but rather of figuring out how the world around me settles and registers within me. I want to be aware of that settling because it forms my knowledge of the world as I receive it.

This is all an effort to forget the images that fill the space in my head, forms and colors and light that have originated from visualizations created by reading, these inventions of the mind. You see, for a long time I was a reader and not a looker, and so I am trying to make up for all the lost images, trying to replace them and to adjust all the distortions made to my mental records.

So, this is my first time in Morocco, in Rabat specifically, and I intentionally did not cheat : I entered the city with as little as possible on my mind in terms of images. As for the artist residency at L’appartment22, it served as the backbone of this endeavor, a hospitable host that made me feel at home. In my opinion, a good residency has to do that. As an artist, if I carry with me the eyes of a tourist throughout the period spent at a place, then my connection to it remains superficial and too tiring for my taste. I had the opportunity to live in Rabat for a month, in the city center, and I did exactly what I would have done if I lived here : I accepted myself as a resident of the city and Rabat accepted me most generously. Yet, I have to admit, at a certain premature stage I instinctively pointed my camera at sites for purely amusing purposes. But then again, I am not categorically opposed to indulging or pleasing the eyes just for the sake of doing so.

I will set this exhibition up as a riddle and give you three clues to work with : the wall, the gaze, and the nail (KARFI).

a) Walls : ramparts circle the city and more walls are raised within them, while even more are held and found inside those ones. It’s a Russian doll and to get to an interior, intimate, and private space – to the smallest doll of all – one has to do a lot of entering. The city walls, the Andalusian garden’s walls, Bab er–Rouah, Dar el-Makhzen, the Chellah necropolis, the Bab el-Oudayas, and smaller architectural structures make up the initial cityscape, fragmenting it into smaller structures and spaces. I easily get lost, yet I always feel contained within the city. The walls are responsible for this unusual sense of belonging. And when you look at them, they are grandiose, monumental, and imposing, tactile and rich in color yet they do not enforce enclosure in any way. Or at least, that is how I felt surrounded by them for a month. I followed them as if they were threads leading me back to some unknown place. Very quickly I was consumed by the question of what they contained and this question went hand-in-hand in my taking interest in the city’s people.

b) Gaze : As I acquainted myself with the city, something was always following me, an unedited gaze so telling and revealing that speaks its mind with such clarity that words can be entirely eliminated. Contrary to the pervasive assumption, based on observation, here, the viewer is in a vulnerable position. Inevitably but slowly, I became aware of what my eyes were doing, of the surfaces they rested on intentionally as well as those surfaces that presented themselves to me as opportunities of visual intake.

c) Nail, KARFI : The walls were pierced. A nail had pierced the wall of a jewelry store, two carpet stores, a shop selling leather jackets, a driving school, two photography stores, a framing store, an art supply store, an electronics store, two clothing boutiques, a bicycle repair shop, a travel agency, a typewriter store, four tailors’ shops, a shop selling pencils, three car parts stores, two car repair garages, two coiffeurs, two curtain stores, a bar, a juice bar, a téléboutique, a barber shop, a paper shop, a store selling phone cards, a dry cleaner. In short, I entered more than one hundred twenty stores to be confronted with a static presence. The nails held the weight of a subject that oversaw the commercial district of Rabat. I am interested in the height, where the nail was placed, in the weight of the subject and the pierced wall.

The work at L’appartement 22 is about these three aforementioned elements and only one is reversed and implied. The work started with a question, which asked the store owner to take the picture down for me from where it hung in order to photograph its back, where the image, the nail, and the wall all connected. This question was not always welcomed and often it was negotiated, compromised, and interrogated until about a third of the stores I entered handed me that iconic image to photograph.

The photographs are displayed at L’appartement 22 above eye level and salon-style, transforming the space into a wall and changing the static presence around so that it looks outward into the world and all of us standing right behind it.

When it comes to looking, 2013 had a gift for me. I joined a friend at a park in downtown Athens with her seventeen-month-old son, a fabulous, happy child who was beginning to become aware of his surroundings. I watched him for a while and suddenly his face lit up. He looked at me and his mother and clasped his hands together, literally ecstatic as he looked at an enormous tree right in front of him. He was pointing and looking and clapping and it was at this moment that he first became aware of trees, or better, of this tree, and he honored the moment without holding back. If that weren’t enough, remember that we were at a park so when he turned and looked another way, he could not contain himself : there was another tree, and another one, and his celebration intensified. I want to become like him again, to look with such intensity again. His name is Alexandros. But then again I cannot, because criticality informs my looking. But with this quest to look anew and if I had to take one thing with me that I’ve learned in Morocco, it would be the uncensored way of looking, one that is fully-engaged and that exposes the looker in the act of looking. 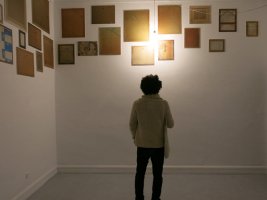 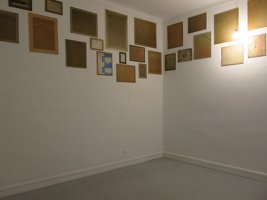 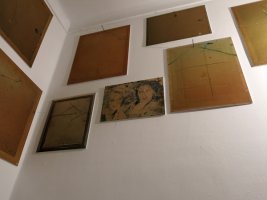 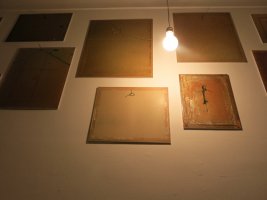 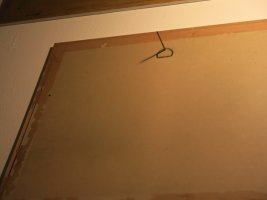 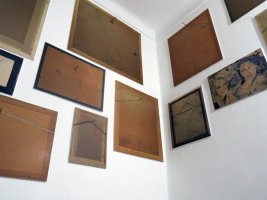