Graft, v. “1b. trans. and fig. To insert or fix in or upon something, with the result of producing a vital or indissoluble union.”

Tame, v. “2a. To overcome the wildness or fierceness of (a man, animal, or thing) ; to subdue, subjugate, curb ; to render gentle, tractable, or docile.” 1

The title of Mohssin Harraki’s new body of work and eponymous exhibition at L’appartement 22 calls forth botanical images, offering what could be a simplified description of horticulture : graft one plant on another and trellis it for support. In other words, tame it. Man triumphs over nature and makes it bear strange fruit, year-round and out-of-season.

Graft, Trellis, Tame is an installation of thirty-three drawings and Harraki’s first work since moving back to Morocco. In January 2014, after seven years in France, where he earned degrees in both Toulon and Dijon before moving to Paris, he returned to his hometown of Asilah, on Morocco’s northern Atlantic coast, and set up his studio in a former restaurant. Harraki, who graduated from Tetouan’s Institut des Beaux Arts in 2007, is part of what Abdellah Karroum has theorized as the “Generation 00,” whose members include artists such as Mustapha Akrim, Yto Barrada, and Younès Rahmoun, as well as Karroum himself 2.

What Harraki calls drawings—dessins in French, rasūmāt in Arabic—are in fact three one-and-a-half meters square iron panels hung, like paintings, on the walls of L’appartement 22, and thirty iron pages collected together in a spiral-bound notebook displayed, like sculpture, on a tall wooden table qua lectern. Formally, the works are hybrids : the large panels have been variously etched, ground, welded, eroded, and painted, while the notebook’s pages combine collage, painting, and etching. Grafting’s etymological roots in the Latin graphium, or stylus, and the difficult process of drawing on large slabs of iron mean that these works, too, have been grafted, trellised, and tamed. Harraki used a grinder, blowtorch, and acid to draw on the three iron plates, plates that had to be trellised on a large metal frame so as not to warp and wave. We say an artist masters a technique but we might also say he tames his material. Or tries to.

For Harraki, the botanical metaphor of grafting, trellising, and taming is a fitting way to consider patrilineal history and its transmission, subjects which have been at the heart of his work since 2010 and which constitute an important link between Harraki and his generation of artists. Because History has long been grafted to the genealogies of important political and religious figures, the family tree offers the artist a way to explore the processes of unnatural selection—i.e., manipulation and exclusion—that undergird it. Yet, in Harraki’s hands, this stock form proves much more capacious than its standardized rendering in school textbooks, genealogies, or biographies. Although many of the drawings retain the form of the trees they evoke, in others, any sense of an organic point of reference is lost in the clean lines that cut deeply into the iron surface. In these drawings, the family tree becomes bureaucratic flow chart or well-plotted graph, a nod, perhaps, to the administration of history and the institutions—namely educational—that support it.

Like flow charts and graphs, the family tree is useful precisely because of its ability to render complex human relationships in linear form. This, too, is a kind of taming, one that labors to explain social, historical, and political contingency with two-by-two charts, dependent variables, and generalizable theories. But the graphic simplicity of Harraki’s trees is deceptive and it is uncertainty and hybridity that characterize his drawings. No last names appear here. Only first names are ground, caption-like, into the edge of the panels or onto the margins of the page. Dates also appear, alternating between the Arabic numerals commonly used in the Maghreb and their Arabic-Indic counterparts that predominate in the Mashreq. Left unspecified, however, is what, exactly, the dates correspond to and whether the circular and ovoid vertices represent a space awaiting a name or, rather, the trace of its erasure (with the grinder) or blacking out (with paint). Either way, Harraki provides no indication as to what name corresponds to which branch. This ambiguity about who comes first and who begets whom indicates the extent to which Harraki’s family trees fail to convey the very information and directionality one expects of them. What’s more, because many names repeat both within and among the panels and notebook, the purpose of naming—as a means of designating an individual and differentiating him from any other individual—is here rendered moot.

And yes, all of the names that appear on the welded, ground, and painted surfaces of Graft, Trellis, Tame are unambiguously male. This is due in part to the absence of women in Harraki’s source material, which includes the founding dates of various Moroccan political parties, Istiqlal member lists, and old manuals for becoming a police officer. And it reflects the historical reality that, even with the 2004 revision of the country’s family law, Moroccan women have limited inheritance and naming rights 3. Here, Harraki purposely takes the marginal position of women in both national and familial histories to its extreme, eliminating women altogether and foregrounding the phallocentric overtones of an entirely male-generated and -generating family tree. At the same time, to describe these women-less family trees as unnatural would risk reproducing longstanding elisions of male with the social and political and female with nature. Rather, within the context of his engagement with the processes and powers of history, Harraki’s pointed exclusion of women begs the question : to what extent does the family unit function as the site of official history’s (al-ṭārīkh al-rasmī) entrenchment and reinforcement rather than its contestation ? Meanwhile, the physical and chemical force required to graft, trellis, and tame the iron surfaces—power tools, acid, a blowtorch, and custom-made hardware—raises yet another : what violence undergirds these all-male family trees and the histories they transmit ?

Grafting also has a biological meaning, denoting a technically advanced medical response to acute trauma. Whence its surgical definition : “To transplant (a piece of skin, tissue, etc.) into a different part of the body, or from one animal to another” 4. When successful, the marks it leaves on the body are not only scars of past trauma but traces of—witnesses to—the patient’s survival. It is, ultimately, a procedure that aims to heal. We have to look back at history in order to find a way forward, Harraki told me after a long day spent hoisting his iron drawings onto the walls of L’appartement 22. We must not, in other words, turn the page on the past, but rather embark upon the arduous task of facing it and the grafting, trellising, and taming that marked it. And so I’d like to add to Harraki’s Graft, Trellis, Tame one final verb, one final injunction : redress. Of its many definitions, two bear particular consideration here :

11d. To redress the balance and variants : to restore equilibrium ; to readjust or put right an uneven or inequitable situation. 5

Redress. So that we might look back at Morocco’s history in order to find a way forward, to heal, to be restored.

2. Karroum first used this term, “Generation 00,” to refer to “a generation of Moroccan artists living in the country or abroad who began making work in the years just before and after the turn of the century.” See his “The Strait’s Passage,” Tr. Emma Chubb, in Six Lines of Flight : Shifting Geographies in Contemporary Art, Ed. Apsara DiQuinzio (San Francisco : University of California Press, 2012) : 172. One can see the concept’s origin in his curatorial text for Mustapha Akrim’s 2011 exhibition at L’appartement 22 : Abdellah Karroum, “Mustapha Akrim : Article 13”, L’appartement 22.

3. Hizb al-Istiqlal, meaning “Independence Party” in Arabic (Parti de l’Istiqlal in French), is the name of Morocco’s nationalist political party, formally founded in 1944. In 2004, the Moroccan Family Code (Moudawana) was reformed, raising the minimum age for marriage and granting greater rights and protections to women, including the ability to transmit Moroccan nationality in certain situations.

This project is supported by the Fundacion Almayuda 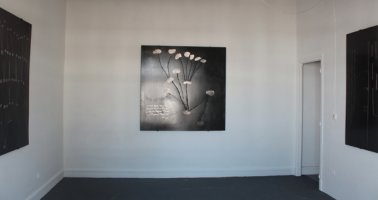 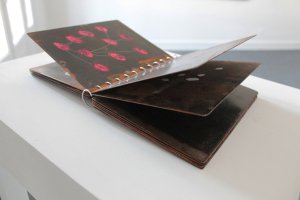 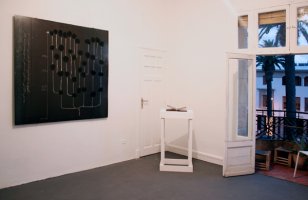