L’appartement 22 hosts from July 14th till August 31st, 2015 Emmanuel Iduma and Emeka Okereke for a research based residency and artistic productions. The two members of Invisible Borders, invited by Curator Abdellah Karroum, will question the relationships between the borders of Rabat, Tangier and Melilla by meeting and by sharing the everyday life and the experiences of the migrants.

Emeka Okereke not having been able to obtain entry visa to Morocco, the alternative ways of intervention for this residency, becoming a trans-african action between Morocco and Nigeria, using a larger real and virtual geography, artist and writer working at a distance and in collaboration with the close and the far connections influencing art and its places of production.

Emmanuel Iduma, born and raised in Nigeria, is a writer of fiction and art critic, and an organizer of art projects. He is the author of the novel Farad and co-editor of Gambit : Newer African Writing. He is director of Saraba Magazine, which he co-founded, and director of publications of Invisible Borders, a trans-African arts organization. Iduma was writer-in-residence at the New York-based Danspace Project’s Platform 2015. His criticism has appeared in, among others, Guernica, Music and Literature, Contemporary &, Wasafiri, Africa is a Country, ESOPUS, as well as a wide range of exhibition catalogues. His work with Invisible Borders was exhibited at the 56th Venice Biennale. A lawyer by training, he also holds an MFA in Art Criticism and Writing from the School of Visual Arts, New York.

Emeka Okereke born in 1980 is a Nigerian visual artist and writer who lives and works between Africa and Europe. He was a member of the renowned Nigerian photography collective, Depth of Field (DOF). He is the Founder and Artistic Director of Invisible Borders : The Trans- African Project.

He employs mainly photography, time-based medium of video, poetry and performative interventions in the exploration of the central theme of ‘borders’. His works grapple with the questions of exchange and co- existence in the context of various social-cultural confluences. In 2003, he won the Photographer award from the AFAA “Afrique en Création” in the 5th edition of the Bamako Photo Festival of photography. He has a Bachelors/Masters degree from the National Fine Art School of Paris and has exhibited in biennales and art festivals in different cities of the world, notably Lagos, Bamako, Cape Town, London, Berlin, Bayreuth, Frankfurt, Nuremberg, Brussels, Johannesburg, New York, Washington, Barcelona, Seville, Madrid, Paris, etc. His works was exhibited at the 56th Venice Biennale of Arts under the Invisible Borders presentation “A Trans-African Worldspace” which he also curated. 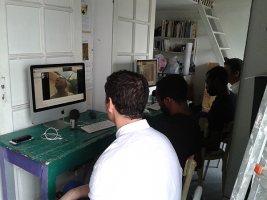 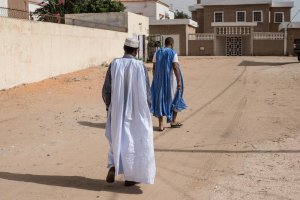 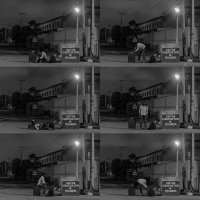 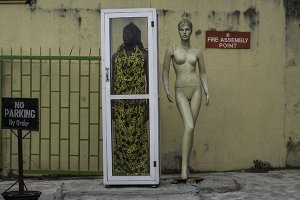 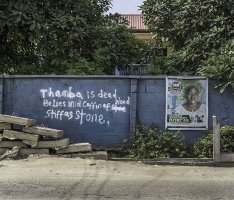 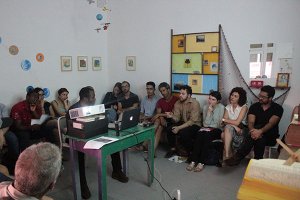 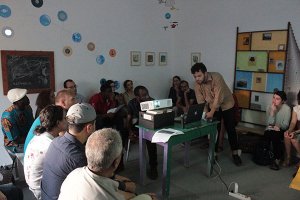