L’appartement22 is an independent space for contemporary art which organises exhibitions and events. The space was founded by Abdellah Karroum in Rabat in 2002. Most of L’appartement22’s projects are conceived specifically for the space, namely in the context of artists’ residencies that have been continuously developed since 2004. After 5 years of existence, L’appartement22 has opened itself to new propositions and functions collectively and cooperatively, engaging with international curators and artists. At the occasion of Johannesburg Art Fair, L’appartement22 will also interact in real time with its radio www.radioapartment22.com

For the first Johannesburg Contemporary Art Fair 2008, Cécile Bourne-Farrell, independent curator based in Paris is invited by L’appartement22 to select artists according to their specific relationships with Africa. The exhibited works are connecting and tackling issues constitutive of our daily relations & contradictions with this huge continent. Some of the presented works belong to the catalogue (#) of L’appartement22, which have already beeing produced at the occasion of exhibitions, others are subject of future projects for this Morocan-based structure. For nearly two decades now, emerging artists, like Pascal Marthine- Tayou, Barthélémy Toguo, musicians, choreographers such as Faustin Linyekula, critics and cultural actors as well as institutions are actively engaging themselves beside their contemporaries to create links that favour exchanges between different actors in the African continent and the rest of the world. Today, these initiatives are complex, spread or remain invisible. These situations often ambition to structure long term relationships between African countries to share a certain know-how in a world each time more globalized. It seems therefore appropriate to restore a certain reading, as partial as it may be, to speak about the richness and diversity of these attemps by showing a series of works accomplished today, for the first Art Fair of Johannesburg where L’appartement22 has been invited to participate. Five Years ago I organized a project between the fine arts school of Kinshasa and the one of Nantes (1). This experience was the fruit of an attempt to create different ways of relating to contemporary art made or conceived in Africa and how to reverse the situation with one of it’s ex- colonialist, France, the country where I am based. As I highlighted in an article published on www.synesthesie.com (2), it is complex and one of the main point concerns economic and political inequities. Artists like Sue Williamson and modest institutions like L’appartement22 or Doualart in Cameroon for exemple, are creating admirable artistic projects to build up connections between different continents. The reason of those astonishing results comes from the content of the projects themselves, their capacity of transmission which offer a multitude of interpretations placing the viewer beyond local situation(3). This is now 1 is therefore pursuing the same goal by pointing fundamental questions, addressing the place of people in society or on the environment, while simultaneously attempting to tell stories, making us laugh or using poetic languages to speak about the global world we are living in. Beyond the communication differences of this huge continent, men and women are traveling for different motives, be it for surviving, love or business. My proposal aims to link different territories like Marocoo and South Africa which, for some peripherical reasons never really met... This is now 1 wants to go beyond cultural consensus and is concerned by common notions like the one’s of hospitality, universal notions of transmission and know-how, through small and big moments of daily life. Links are created or dismantled, what matters is the quality of the relationships involved and how it leaves some space for negociation wherever the viewer comes from. This is now 1 brings out one’s full capacity in deploying an enormous amount of energy that make happen situations whereby relationships generate desire for exchange, rather than eagerness. Some of the twelve presented artists are living in Bahrain, Cameroon, Egypt, Marocoo, South Africa, while others in the rest of the world. These emerging contemporary visual artists have been chosen for bringing a large picture through small gestures, by showing the result of a collaboration which is quite uncommon. It is no longer about taking and displacing the exoticism of the African continent but about giving humane dimensions, which can allow a certain relativity, imagination and projection of oneself in the future. Cécile Bourne-Farrell

(1) Rondpoint was organized in 2002 by chooseone and gave the possibility to built long term relationships with the Fine Arts Schools of Kinshasa (RDC) and Strasbourg, next one is Bamako, etc..www.chooseone.org/indexnk.html

Art Orienté Objet, (Marion Laval-Jeantet and Benoît Mangin, live in Montreuil-sous-bois and Cameroon), « Leo et Bos » , 2006, dvd, 10mn http://www.artorienteobjet.com/ Art Orienté Objet recently released a film entitled “Leo et Bos” which gives a firsthand account of the flight of wild animals from war to Angola into animal reserves in South Africa. This work metaphorically calls to mind the displacement of populations, as much as the artists fascination for live science and oniric behavourial cognition .

Anne Durez, (born in 69, lives in Paris), « Donnant », 2006, dvd14’22mn http://pagesperso-orange.fr/annedurez/ Anne Durez has accomplished many collaborations in the field of theatre in Cameroon. Her work tries as much as possible to open poetic readings of our relationship with time/ seasons and geographical spaces like in her short film entitled “Donnant” where a man tries to read the news in vain...

Seamus Farrell (born in 65, London, lives in Paris), engraved glasses and mirrors, 2008, 4 glasses and one round mirror http://multipistes.org/spip.php?article41 During the past two years, Seamus Farrell has organized workshops in different schools in Morocoo to show how to “recycle” daily materials like used glass or mirrors. Here for Johannesburg he has created some specific works related to apartheid.

Katia Kaméli, (born in 73, Clermont-Ferrand, lives in Alger, NY and Paris), « Bledi a possible scenario », 2004, dvd, 20mn http://katiakameli.com The film "Bledi a possible scenario" plays over the many layers of Algerian realities. The journey begins with the departure of the mythical ship "Méditerranée" from the port of Marseille and unfolds along with thoughts, memories and expectations of the passengers. On arrival in Alger, attention is centered on everyday life, with a particular regard on the conditions of women and the new generation. This film is part of "Bledi in Progress" which includes a video workshop organised by the artist in Algeria.

Goddy Leye, (born in 65, Cameroon, lives in Douala) ( #) « We are the World », 2007, dvd loop http://goddyleye.lecktronix.net/ http://exitour.netfirms.com/exit%202006.html Goddy Leye decided to go by foot and buses to the Dakar biennial along with a group of artists with meager means. During the course of this trip, the exchange of common experiences brought another type of cultural reality. Here for Joburg the artist re-visited with strong humour the world-known 85’s song written by M.Jackson and L. Richie, produced by Q. Jones ...’’We are the world’.

Waheeda Mallulah, (born in 78, lives in Bahrain) “With all due Respect”, 2007, video 8min http://www.universes-in-universe.de/islam/eng/2004/03/malullah/ Waheed Mallulah, a very young artist from Bahrain, speaks about the place of women in society and their quest for God, be it in her country or in Africa. At the occasion of a workshop in Jordania she liberated her hair from the chain of the (Islamic or Eastern) cover/veil with the participation of 12 volunteers both men and women to comb their hair for a moment as she is filming them.

Otobong Nkanga, (born in 74, Nigeria, lives in Gent and Paris ) “Alterscape 01/02/03”, 2005, c-print on aluminium, edition of 99, includes 3 images, 50x67 cm, each http://www.otobongnkanga.com Otobong Nkanga set up a workshop with young students in Kinshasa during the RondPoint residence between L’Ecole des beaux-arts Kinshasa and Nantes . She is pursuing work that is as photographic as performative and is addressing questions of personal interpretation of places & sites

Younès Rahmoun, (born 1975, Tetouan, Morocco, lives in Tetouan) ( #) « Wahid », 2003, dvd, 1’39mn, edition of 99 includes one dvd and an original drawing of the artist http://younesrahmoun.free.fr During the duration of the art fair, the artist will be present and will be attending the public at 11:00am. His film “Wahid”, a beautiful edition created by L’appartement 22 will also be presented

Hany Rashed (born in 75, Cairo, lives in Cairo) ( #) Untitled, 2007, 45x45cm, 6 paintings on cardboard http://www.fundaciotapies.com/site/article.php3?id_article=3291Hany Rashed is an autodidact. who depicts the violence of every day life in his paintings. He has a satirical approach to human life, stripping humankind down to an insect-like figure, literally as well as metaphorically.

José Luis Tirado, (born in 1954, lives in Sevilla) « Paralelo 36 », 2004, dvd 65mn The documentary-fiction of “Paralelo 36 “ by José Luis Tirado was solicited to showcase one of his films that addresses questions innate to illegal immigration and the drama it generates today in all the straits, particularly the one of Gibraltar.

The partners of the project are : Cultures France/Département Afrique et Caraïbes en créations, Paris Artlogic, Johannesburg,; AMC/Asociación para la Mediación Cultural, Cádiz & the artists ! Born out of the merger of AFAA and ADPF in spring 2006, CULTURESFRANCE is the agency for the Foreign and European Affairs and Culture and Communication ministries responsible for international cultural exchanges. It works closely on a daily basis with other French and foreign partners, private and public sector, at city or regional level in France or Europe. As part of the projects entrusted to it, the programme Afrique en Créations – Afrique en créations Program of the Afrique et Caraïbes en creations Department – supports the promotion and distribution of modern African artistic expressions in a dual approach: cultural development and access for the artists and their works to the international market with the aim of creating the conditions for a genuine autonomy for artistic creation. So, CULTURESFRANCE would like to enable designers living and working on the African continent in the areas of the performing arts, visual arts, and books to fit into the great artistic movements using aids for creation / distribution / training, the co-production of artistic events with African States, support for cultural agents of civil society and their networking as well as the implementation of information and promotional tools relating to contemporary African creation. L’appartement22, Rabat 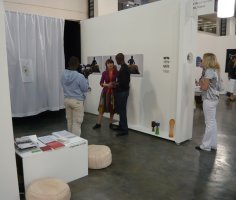 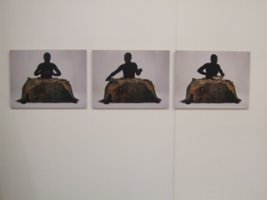 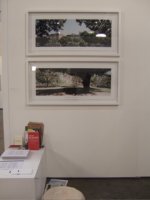 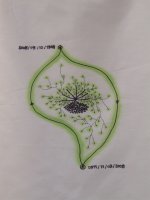