Project for the contribution of L’appartement 22 to the Brussels Biennial 1.
This Project is in process. Its production is in Bergen, Fez, Prishtina and Rabat. A screening and a radio studio will be on site in Brussels.

Le monde autour de vous (The World Around You)*

Abdellah Karroum : The concept of an exhibition as an editorial proposition to appreciate within a specific time-frame, that of the visit to a temporary or permanent museum, is defined by the structure of the space, the vision of a committed curator, and by the tangible expression of the artwork. The duration of the work involved is generally longer than that of its exhibition. 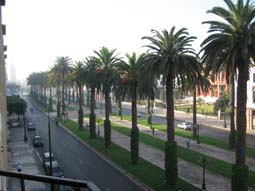 I consider Brussels Biennial to represent a space-time of dialogues that amplify the L’appartement 22 project, notably its committed and rhizomic character. The construction I proposed for the L’appartment 22 space within the Biennial is founded on three central elements : the origin, with the rallying architecture of the childhood home ; the network, with the invitation of two other structures (HKS from Northern Europe and Stacion from the East and the Balkans) ; and the encounter, with the dialogues for radio (R22-Brussels.info). These elements are united within a void like in an area of free circulation.

Barbara Vanderlinden’s choice of the word “structure” in the invitation stirs in me a desire to relate the exhibition space in Brussels to that of origins. The first visual emotions are situated in childhood, the childhood house and the landscape that surrounds it. I have constructed the exhibition space of L’appartement 22 at Brussels Biennial 1 on the model of my own childhood house. Watching the immigrants returning to the neighboring hills, I imagined that Europe was located on the other side of the mountain facing the village. It was in 1975, the year that this family portrait was taken (see photo). Today, I look to create links between this “original” space and the art with which I cohabit in the rest of the world.

L’appartement 22 proposes a program of multiple entries. The artistic project is constructed on a cooperative basis adopted by L’appartement 22 several years ago ; it applies an experimental approach to the production of and meeting with artworks.

It is about recreating the art space, rethinking its possible expressions and its networks around the finished product.

Considering the work of artists and the production of works as the prolongation of exchanges and of engagement with life in general, I suggested inviting two curators and their structures that interest me at this moment : Anne Szefer Karlsen (HKS, Bergen) and Albert Heta (Stacion, Prishtina).

Anne Szefer Karlsen : We all present and represent structures that belong, geographically and mentally. This belonging is accentuated by moving away. Whereas L’appartement 22 from Morocco and Stacion from Kosovo temporarily move to Brussels, HKS temporarily moves from Norway to Morocco. 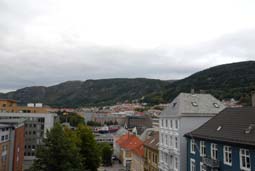 This implies that both Bergen and Prishtina are emptied. This is not the case though : the structures are still there in the flesh, alive and breathing, and even growing because of the temporary displacement. HKS’ contribution thus claims that the idea of any structure is just as important as their actual existence. This is made visible by works of HC Gilje in the public space in Rabat, as well as streaming performances by Pedro Gómez-Egaña from Lot 219 in Fez and L’appartement 22 in Rabat as part of Brussels Biennial 1, something actual being transformed into something virtual.

Albert Heta & Vala Osmani : Stacion Center for Contemporary Art will export to Brussels two artists and two additional structures from Prishtina to be allocated in the Brussels Biennial structure and present one structure that is no longer here. 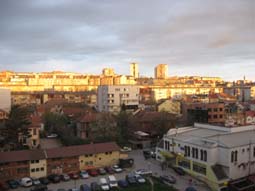 Stacion Agnes was a place where Art is (was) made for friends. These artists were creating new contemporary art history for each other. Stacion “named” the first permanent contemporary art location in Prishtina. This exhibition, starting from 8 February 2007, was thought to be ever-present, for everyone. Stacion aims to bring these and much more to L’appartement 22 and Brussels.

Dialogues with artists, curators and visitors of the BB1, Brussels.

Title : Le Monde Autour de Vous (The World Around You)