"No Food for Visitors" is a night video and sound program all September 2008 at L’appartement 22, Curated by : Muriel Enjalran, Abdellah Karroum, Anne Szefer Karlsen. Listen to the presentation of the program by curators on R22-Rabat. 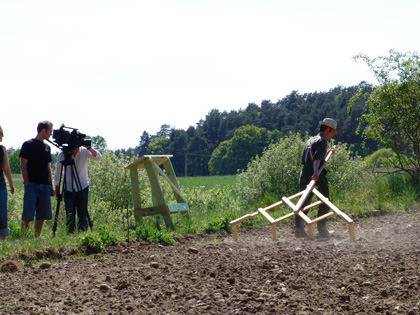 BAUERNTHEATER by David Levine.
In BAUERNTHEATER (“farmers’ theater”), an American method actor, who knows no German, has trained to play the role of a farmer in a German play.

After a month’s rehearsal in a New York studio, he was flown to the Biorama-Projekt Center in Brandenburg, Germany. There he was given two acres of land, and asked to be "in character" for 14 hours a day, for a month.

BAUERNTHEATER is concerned with global labor markets, with the perfomance of cultural tradition, with the representation of labor, with representation as labor, and with the troubled relationship of Endurance and Land Art to questions of "authenticity".

Thanks to : Aaron Moulton/Galerie Feinkost, Berlin. 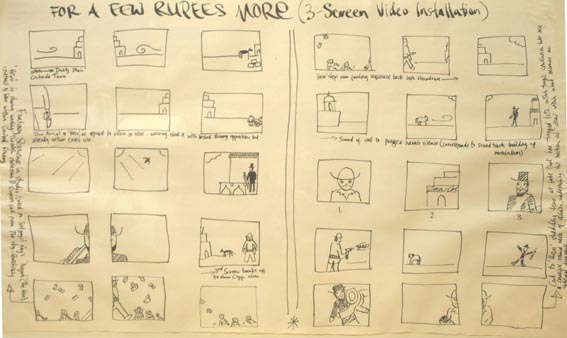 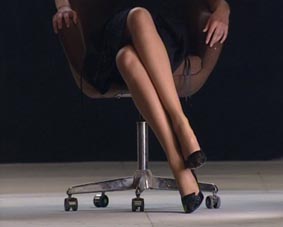 Julião Sarmento’s "Lacan’s Assumption", 2003, Video transferred to DVD, colour, sound, 12’ 07’ 20Fr. Edition : 12 + 3 A.P.
"The woman, subject and object of representation, is in the heart of Julião Sarmento’s work, revealing through her, the mechanisms of construction of archetypal images. In Lacan’s Assumption, four sequences or boards succeed one another staging the same young lady through different actions and sets..."
Read the article by Muriel Enjalran (in French).

Muriel Enjalran, born in 1979 in France, is art critic and independent curator. At the same time she is also in charge of d.c.a projects / French Association for the Development of Art Centres.