Sofia Aguiar’s (b. 1963, lives and works in Lisbon and Tangier) figurative oil paintings, usually done on wooden board, are often explorations of lone animals, isolated objects, or spaces marked by humans yet uninhabited. Influenced by her background in social service, Aguiar’s paintings allude to notions of desire and the connections between imagination and representation. Her work has been part of exhibitions such as at Àr.Co (Lisbon) as well as the 1st Arts in Marrakech International Biennale Festival in 2005.

Younes Baba-Ali (b. 1986, lives and works in Marseille and Casablanca) is a musician and multi-disciplinary artist whose work incorporates sound material. He experiments with the capacity of sound to propagate through space and to directly engage the body of the viewer in the artistic process. Baba-Ali has recently exhibited his work at BJCEM Biennial of Young Artists from Europe and the Mediterranean (Skopje), Sketch Gallery (London), International Media Art Biennale WRO (Poland), Loop Video Art Festival (Barcelona), and In-Sonora Sound Art Festival (Madrid).

Karim Rafi’s (b. 1975, lives and works in Casablanca) work questions ’Man’ and his environment, his relationship with himself as well as with his outcomes, constituted by his institutions, ideas, and surroundings. This questioning manifests itself in the form of artistic proposals (poetry, performance, installation, video or sound objects), public expressions (debates, conferences, workshops), and experiments. Rafi is also the co-founder of PROTAGONISTE Art_Lab (Artistic Research Laboratory) and SLAM & KLAM FSTVL (Festival for Chaotic Poetry). 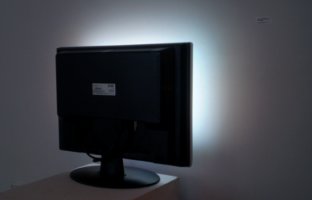 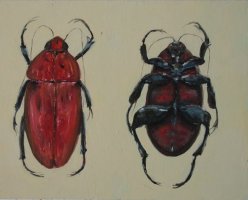