2011-2013
مشروع الاقامات الفنية في جبال الريف، هي من تنسيق وانتاج الفريق المهني للشقة ٢٢. لقد تم اطلاق المشروع سنة ٢٠١١ على المستوى العملي، في اماكن البحث والمداخلات، بمساهمة اعضاء البعثة الفنية.
Thursday 20 June 2013
Rif Résidences is a project coordinated and produced by L’appartement 22. It began in 2011 with sites for research and intervention by artists and members of the Curatorial Delegation, who propose and lead projects in different contexts. The frequency is determined according to artist projects and different meteorological and geopolitical conditions. The first series, organized in 2011, resulted in productions and encounters presented at the Venice Biennale and L’appartement 22 as part of “Working for Change,” including new works by Gabriella Ciancimino and Younès Rahmoun. In 2012, artists Badr El Hammami, Mustapha Akrim, and Fadma Kaddouri participated in a residency structured at the crossroads of a seminar for artistic research and an exploratory expedition that focused on sites of history (Expedition #10 as part of the project Le Bout Du Monde). In 2013, Fadma Kaddouri returned to the Rif to continue her project following the route of Mohamed Choukri, an author emblematic of contemporary Morocco. The artist collaborated with the cooperative Noua’Rif on a first project and then worked with the group to create a rose for the author. Residencies-encounters are also organized in order to facilitate education and knowledge exchange, notably in the disciplines of photography, painting, and literature. L’appartement 22 invited members of the group Afrique in Visu to imagine a multipart residency-encounter program that brought together young photographers from Morocco, other parts of Africa, and Europe, including François-Xavier Gbré, Laila Hida and Virginie Terrasse. In September 2013, artists Julia Rometti & Victor Costales participated in Expedition #11 in the Rif, which was organized simultaneously with their participating in the Rif Résidence in Beni-Boufrah. Julia Rometti & Victor Costales produced a multipart project in dialogue with curator Natalia Valencia. This project proposes to take nature as a subjective entity, as well as to connect Mexico and Morocco via possible histories collected using traces of Mathias Goertiz’s trip to Morocco in the 1940s and research into the economic and spiritual exploitation of copal in both countries in recent history. 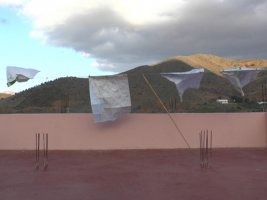 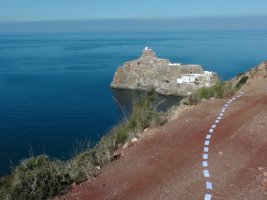 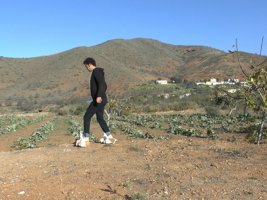 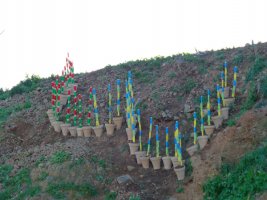 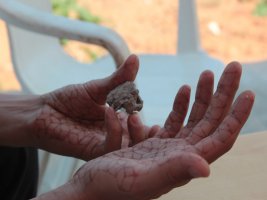 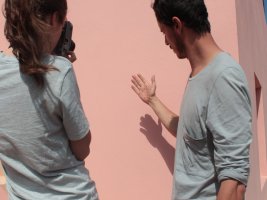